Things to Do in Natchez MS 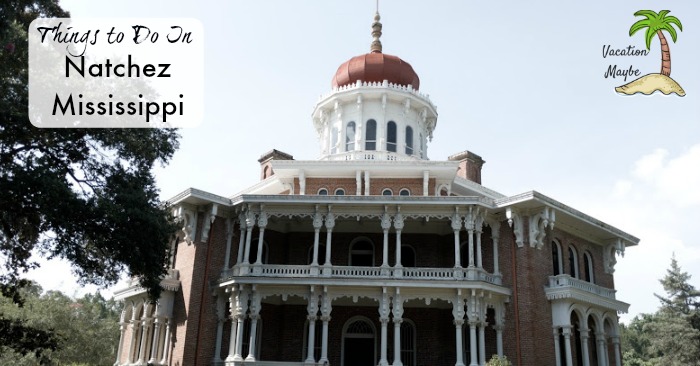 Natchez, Mississippi Is a step back in time. This charming city graces the robustly flowing Mississippi river. The coast is home for a diverse group of people whose history are both complex and fascinating.

You can look to all the way down the Mississippi River and you will not find a town that you would love more. I can’t put my finger on what I find so attractive but I did go back to my hotel and search for real estate listings until my husband reminded me we have kids and they want to stay in the same schools. I could just imagine myself on one of the sitting porches, ringing a bell and asking my kids to come in for supper. The china would be out and the table set for a meal of southern hospitality.

I am not sure if it is the charm of the Antebellum mansions, the streets lined with gorgeous architecture or the fascinating history that wafts through the air. Or the Restaurants in Natchez Mississippi. I just know I wanted to stay.

The person who likes history would find their home in Natchez the diversity of people, cultures, and the seamless blend of old and new. Our itinerary sought to answer the question of what happened in Natchez? Why was it is important?

These are the Things to Do in Natchez MS 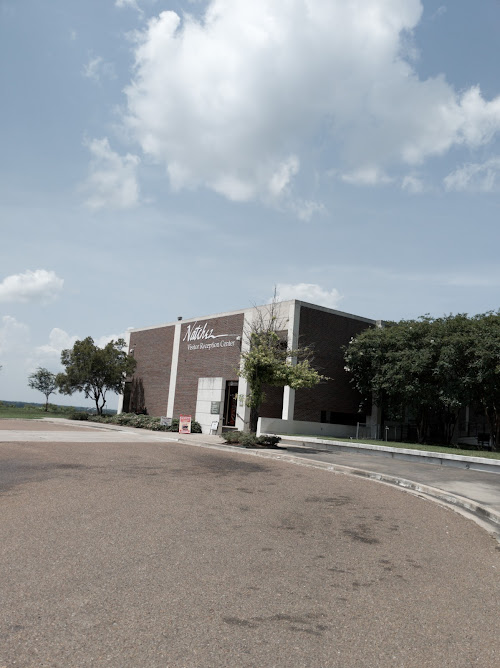 The Natchez Visitor Reception Center is the Home to the National Park Service, Mississippi Welcome Center & Natchez Pilgrimage Tours. While we were waiting for a movie on Natchez we had time to read the informative displays that documented the slave trade. Slaves were traded in Natchez when the cotton industry became profitable and the tobacco industry declined. The slaves were taken on dangerous journeys from Virginia and Maryland on the Natchez trail to places like Natchez, Mississippi. It seemed that any large town in Mississippi had a center like in Louisiana. The slaves would be auctioned off after putting them in fine clothes to get the best price. The slaves were expected to work in the cotton fields and in the homes of the Natchez people. The African American population is still the largest today in Natchez so it isn’t any wonder that the town benefits from the richness of the African American culture.

You can easily locate the Natchez Visitor Center because it sits at the head of the Mississippi River Bridge, where Hwy. 84 carries travelers into and out of Louisiana. It serves as a one-stop venue for tickets to tour the historic homes of Natchez, local attractions, events, and Mississippi travel information.

We suggest you stop in before you begin your stay.

Hop On Hop Off Bus

The bus was not running during our trip but I was told it is a must-do. I was on a press trip so the person who was showing us around gave us a tour. If I wasn’t I would absolutely recommend this activity.

Enjoy over 40 spectacular sights and attractions in historic Natchez with Hop On Hop Off double-decker open-top tour bus. 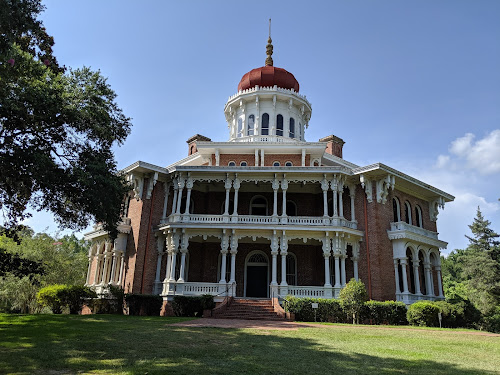 Longwood is the largest Octagonal Antebellum Mansion in the world. When we walked us to Longwood we were in awe. The tour we took was fascinating even the kids were intrigued. I will share ten interesting facts about Longwood.

You need to go on the tour to figure out what arrangement the next owners had with General Grant and why the United States government was sued by the owner of the home.

The Grand Village of the Natchez Indians

Natchez is named for the Natchez Indian tribe that thrived before the French. In Natchez, each period had a distinct type of happiness and sorrow with trial and triumphs. The Natchez and French had a good relationship but that didn’t last forever. We learned this and more about how Natchez became one of the centers for slave trading in the first place on our stop the Grand Village of the Natchez Indians.

This is also a must-do tour as well. There were hands-on exhibits and we even got to climb the mounds. We watched a movie where we learned about the daily events in a Natchez’s life. We were able to read about the Natchez people on the wall display and we had the pleasure of seeing some artifacts. When we were there we also had the opportunity to see an archeological dig going one. The Natchez Village is a 128-acre site featuring three prehistoric Native American mounds, a reconstructed Natchez Indian house, museum, and gift shop. The gift shop had well-curated offerings from native cultures. The baskets, jewelry, and art were painstakingly chosen so you could bring a treasure home. 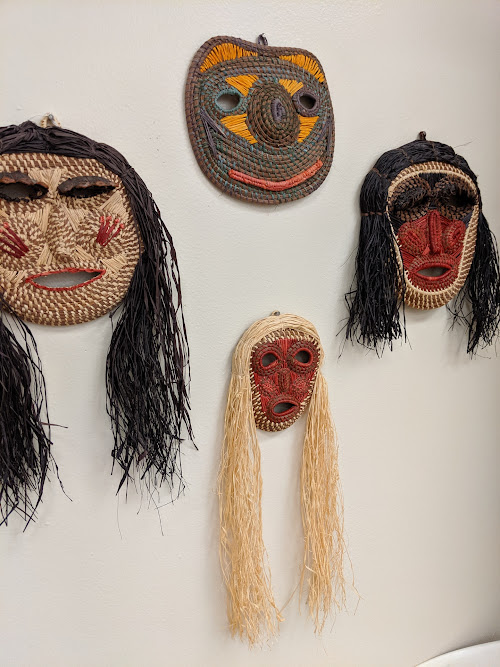 The Grand Village of the Natchez Indians / Google Photos

Visit The Grand Village of the Natchez Indians at 400 Jefferson Davis Boulevard Natchez,MS

Planning for your trip to Mississippi? Check out our experience

Where to Stay in Mississippi

Things to Do in Tupelo MS

Restaurants in Tupelo MS that You Should Check Out!

Things to Do in Oxford MS

Places to Eat in Oxford MS

Things to Do in Jackson MS

Looks like a lot of fun and definitely a place to go sometime.

Nice picture. Never been to MS but will remember this if I do.