Places to Eat in Oxford MS 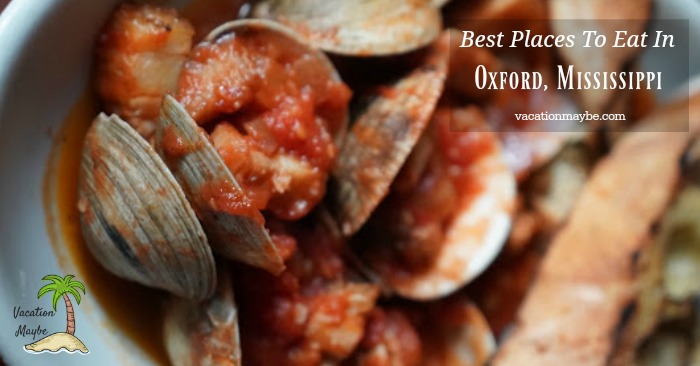 Oxford, Mississippi, a city in the county seat of Lafayette County, it is full of small-town charm that you would easily fall in love with. I was so excited for our trip because of the rich history of the city and the exciting things to do in Oxford MS but what surprised me also is the exceptional culinary experiences that we would experience. I’ve discovered good Places to Eat in Oxford MS that I would like to share with all of you so you’ll include them in your itinerary once you visit the city.

Places to Eat in Oxford MS that you shouldn’t miss! 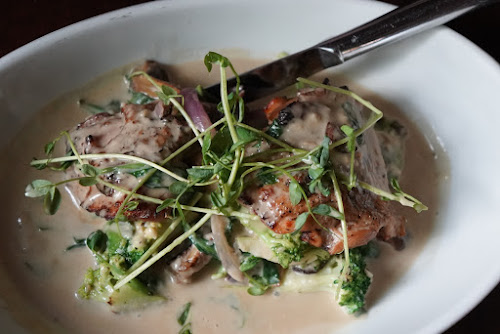 This 2017 James Beard Foundation “Best New Restaurant” semifinalist is owned by Emily Blunt their pizza ovens are in the top 50 in the world. When Emily Rome Blunt named Saint Leo it was because he was revered for protecting Rome against the infidel Huns in the fifth century, the papal saint’s moniker just felt right. It doesn’t surprise me since the square in Mississippi is filled with history of contention, protection, learning, and redemption.

The food and service were outstanding. The menu wasn’t large but it was packed full of flavorful combinations. You can tell each detail from the table decor to the walls was meant to evoke a feeling of home.

The garlic bread grilled with the Burrata cheese was an exercise in restraint. I found myself watching as each person took their taste and hoped there would be more for seconds.

The Prosciutto, Arugula & Mozzarella Pizza with olive oil & Parmigiano
seems ordinary when we talk about pizza. This pizza was anything but ordinary. The flavorful combination of the right amount of salt, savory, and sweet proved to be blissful.

The little necks were bathed in a sauce that you looked forward to dipping your bread in and you kept thinking “would it be rude to use my straw to get the last bit of?”

The chicken thighs were crisp on the outside and cooked to a tender perfection on the inside. The crisp broccoli, sauteed mushrooms and spinach, were laid to rest in a coconut milk gravy that elevated the chicken.

The chopped salad contained romaine, soppressata, avocado, radicchio, sunflower seeds, caramelized red onions, herbs, Parmigiano & dill dressing. It was delightful to think of the perfect salad to have while sitting at the pool delving into a novel. It was rich and just the right amount of crunch.

Fun Facts: Saint Leo is nestled into the historic building once owned by Bales Wiley. He was a black man. The building used to feature three businesses with a shoe store in the front. The location served burgers, and since this was a black-owned business the black people were allowed to eat inside and the white people were made to wait in line outside for the burgers. This was all a result of the stupidity of segregation. The only separation that exist now at Saint Leo’s is people who can cook and people who want to eat.

Big Bad Breakfast’ founder Chef John Currence always had a love affair with breakfast. For him, breakfast is the “most important meal of the day” and he started Big Bad Breakfast with the goal of recapturing the flavors from his childhood. 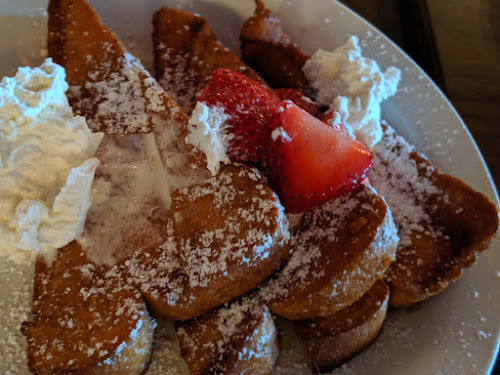 It is 8 am, and we are at a breakfast place. I say we because it was myself, my sister and our 6 kids between us. I kept thinking this better be good. I opened the menu that could be considered the dictionary for gratifying food in the south.

I began to understand why there were so many flavorful combinations when I went to the restaurant’s website “John Concurrence the chef and owner received his first nomination for his first James Beard Award for Best Chef South in 2005 and again each year before winning in 2009. He has been published writing about numerous topics in Garden and Gun, Food and Wine, Saveur, Bon Apetite, etc and has written two James Beard Award-nominated cookbooks, Pickles, Pigs and Whiskey: Food From My Three Favorite Food Groups And Then Some and Big Bad Breakfast: The Most Important Book Of The Day.

I, of course, began to help everyone pick dishes that I wanted to try. That is the nice thing about family travel.

The kids immediately gravitated to the homemade doughnuts. Who could blame them sinking your teeth into soft dough filled with cream cheese and topped with cinnamon and sugar is the calling card of decadence for a child. That dough had met its match. The chocolate one with sprinkles was equally fresh, tasty and gone in seconds.

I ordered shrimp and grits and I also ordered the oyster hash. I did split these with my youngest who lets me order! I am glad I did.

My oldest had the chicken and waffles the waffles were homemade and golden brown. The chicken had just the right amount of seasoning and they were fried to perfection that golden brown color. The syrup made this a gratifying experience like winning a prize when you didn’t know you were entered into a contest.

My daughter ate the french toast it made great with fresh strawberries and whip cream. She hardly spoke, so I am going to call it the leave me speechless french toast.

So can they say Big Bad Breakfast and mean it? Yes, they can. The should add another B and call their place Best Big Bad Breakfast with finger licking good food, friendly service, and flavor combinations that are out of this world.

Make sure to also see our list of Restaurants in Tupelo MS that You Should Check Out!

Are you planning to travel soon? Read these