What do two girls do when in Phuket, Thailand

for a night out? Well, they go and watch Thai Boxing. This is also an event that is better to book prior to getting there. We chose the cheap seats since we didn’t plan to stay for long. We did however, end up staying for the entire event. We sat on the stone bleachers which as the name suggests were hard and not comfortable but it suited us fine. We bought tickets that included to cab ride to the location. We were told two girls should not walk back from there. I gather it is in a rough neighborhood. We didn’t hang out to see. The tickets, cab ride, and free shirt were reasonable enough. 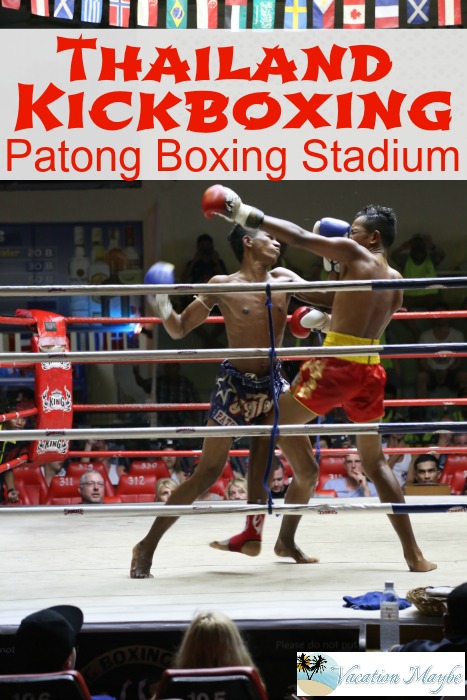 The event is publicized through flyers, online, and by having the fighters ride around in a car screaming about the event with jarring music. The event is called Muay Thai. It is Thailand’s national sport and people come from all over the world to train in it. It began as a direct results of  battlefield tactics that were developed by the Siamese army (Thai army). Thailand wasn’t originally called Thailand it was called Siam until 139. I also thought it was interesting that Thailand is the only Southeast Asian country never to have been colonized by a foreign power. I think it may have to do with their ability to box. 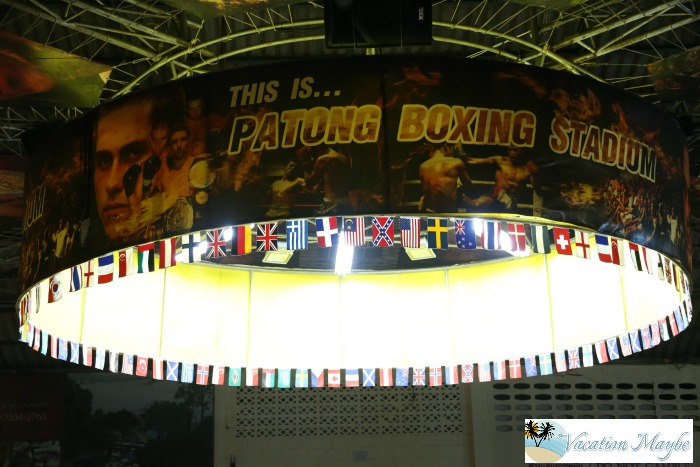 Thai boxing roots are from Krabi Krabong which means long and short weapons. These fighting techniques were used to develop the Siamese armies. There used to not be rules or weight divisions but now the even does have weight divisions and gender categories. 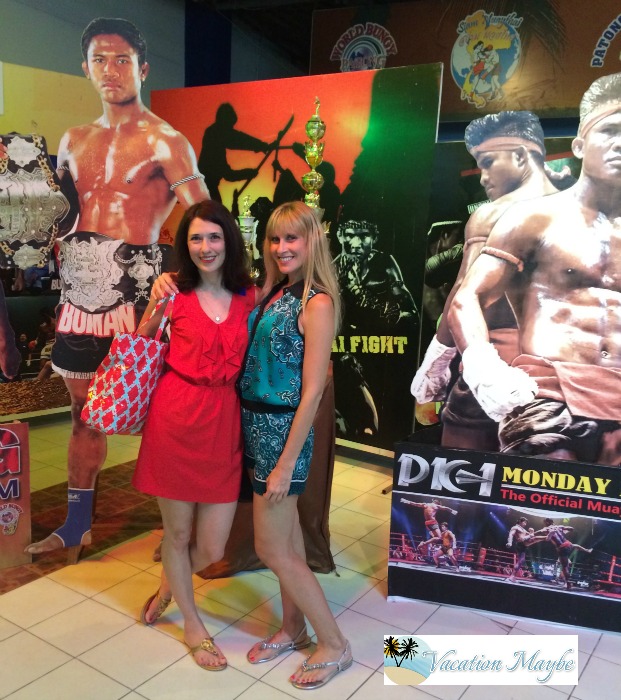 I enjoyed watching the rounds with the older people but I did have a hard time watching the younger kids since I do have a young son and seeing someone get kicked and punched was a little to close to home. The fights do have rounds and prior to each round the contestants meet in the middle and wish one another good luck. Then they begin their fight when the bell rings. They do kick, and punch and they do not wear any protective gear. It was fun to watch the contest but it isn’t something I would be interested in participating in. It was a great night out and I suggest checking it out while in Thailand! 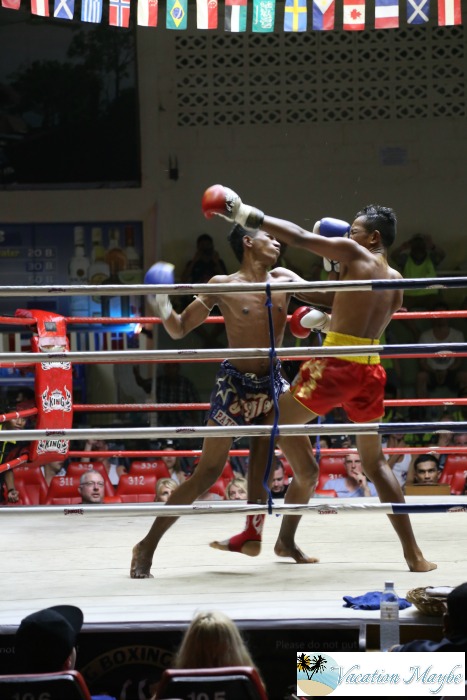