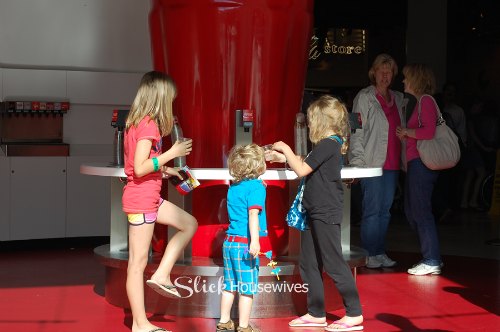 Our trip to the World of Coca Cola Factory

Coca-Cola history began in 1886 when the curiosity of an Atlanta pharmacist, Dr. John S. Pemberton, led him to create a very different tasting soft drink. He came up with a flavored syrup and mixed it with carbonated water at his local pharmacy. Since, Coke has it’s secret formula heavily guarded.

Over Spring Break vacation, my family and I took a trip to the Coca Cola factory in Atlanta. It  was quite a caffeinating experience!!  From the Pop Culture Gallery to the Happiness Factory Theater, there is plenty of fascinating thing to see and do.

After listening to the Coca Cola documentary and seeing what makes it so different than any other beverage, we went to the Secret 4-D theater. Then it was time walk upstairs to the main event: The Tasting Station. 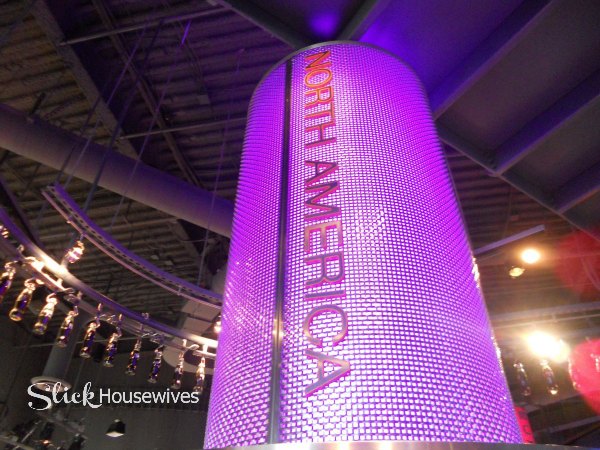 There were over sixty different beverages, and one very overwhelmed palette. My kids were in heaven. They were given a cup and allowed to drink as much soda as they would like!  We were drinking sodas from Mexico to Australia, and noticed that each cola culture has it’s own spin on the original. Most of them were really good and made me wish we could bottle up and take home. There is one exception. We tried a drink called “Beverly” that was made in Italy. 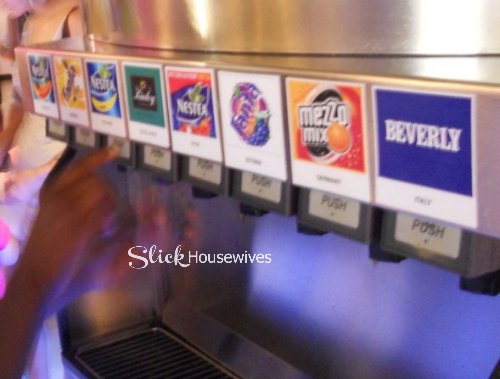 It tasted like watered down cough syrup, with a strong bitter aftertaste. I do not see how anyone could willingly buy that and be refreshed.  But if and when you go, it’s a must try. This is why the product works: it’s so awful that it’s the only drink you distinctly remember. What a great way of advertising! 😉

Overall we had a lot of fun and it’s definitely an experience the whole family will remember. My 3 year old is already asking, when we get to go back!

You should allow about 90 minutes to drink it all in. Weekdays are the prime time to visit if you want to avoid long lines. If you plan to see the World of Coca-Cola and the Georgia Aquarium, a Pemberton Pass will save you some money.

Check out this delicious recipe that you can make anytime of the year with…..Coca Cola!!!

Wash ham thoroughly. Rub fat side with brown sugar. Pour Coca-Cola over ham. (yummy)
Pour crushed pineapple over ham. Bake at 450 degrees for 3 hours.
I wasn’t sure at first, but wow this ham was really moist and yummy!

For more information on the World of Coca Cola Factory in Atlanta, be sure to visit their website.

If you enjoyed this article about the World Of Coca Cola Factory Tour in Atlanta, Georgia– check out our other articles about Travel Ideas with Kids.