Travel Safety at the Theme Park

Most parents when planning a vacation to a theme park give a great amount of thought to all of the practical aspects of bringing small children there. I am no different. We live in Orlando and bring our children to the theme parks quite often. When my daughter hit the age that she stopped toddling and started taking off in full sprints, I started to panic at the idea that she could break away for me and get lost in a large crowd. She was still too young to memorize large chunks of information and if questioned directly about anything by a stranger immediately froze and forgot everything. She was at an age though where she loved anything jewelry. So, that’s when I got the idea to give her a necklace that had her address on it. You could also put your cell phone number on the necklace. 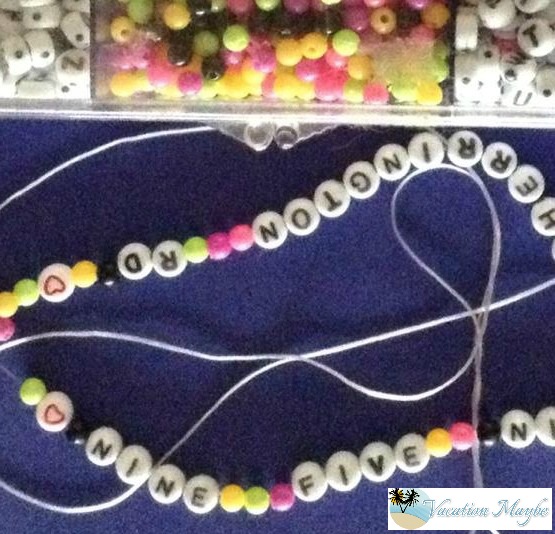 At first, my husband was nervous because he thought that people would somehow get our address from it. The least of my worries was somebody getting my address from that necklace. If they were that close to my daughter I had bigger concerns! I decided that it would be best to spell out the numbers in letter form so that it wasn’t so obvious what the necklace was for. She happily accepted the idea that the necklace was part of her ensemble anytime we ventured out to a theme park. 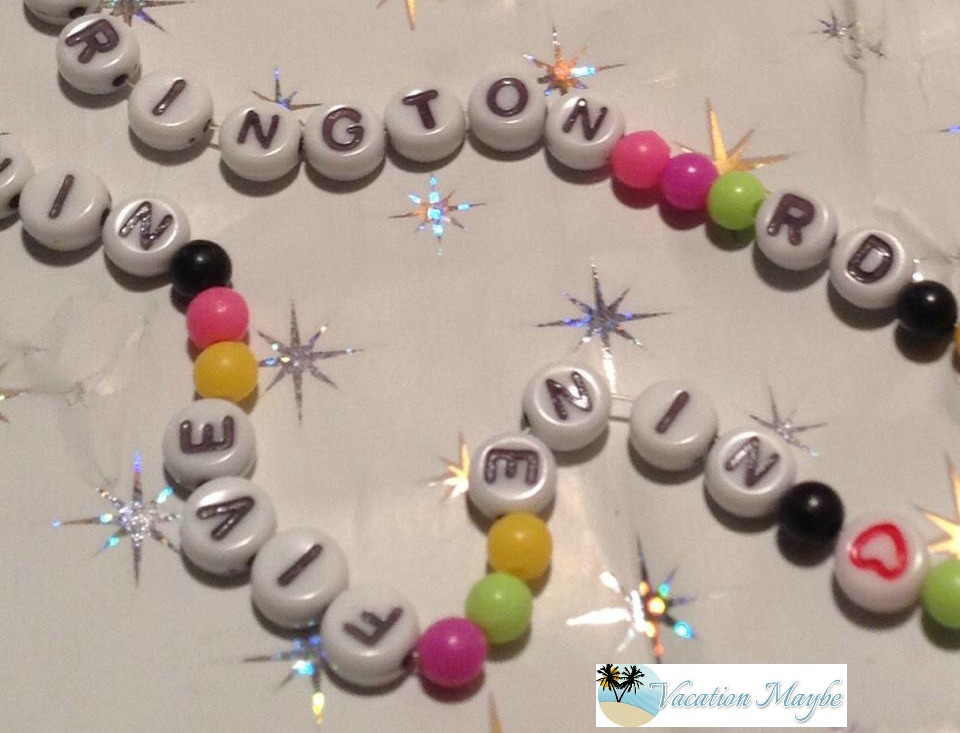 I found a great kit at Michael’s that had lots of beads and letters to choose from. Amazon also has several alphabet beads sets that are very inexpensive. It also came with a great stretchy plastic string that made it waterproof. Also, if it broke it would fall apart and no one would find our address in that alphabet soup (which appeased my husband’s paranoia). Now that she is old enough to know her address and exactly what to do if she got separated from us, she still likes to wear the necklace every time she goes to the parks. These would be great to wear to Six Flags or Busch Gardens.

Delighting on a Dime at Great Wolf Lodge Frogglez!