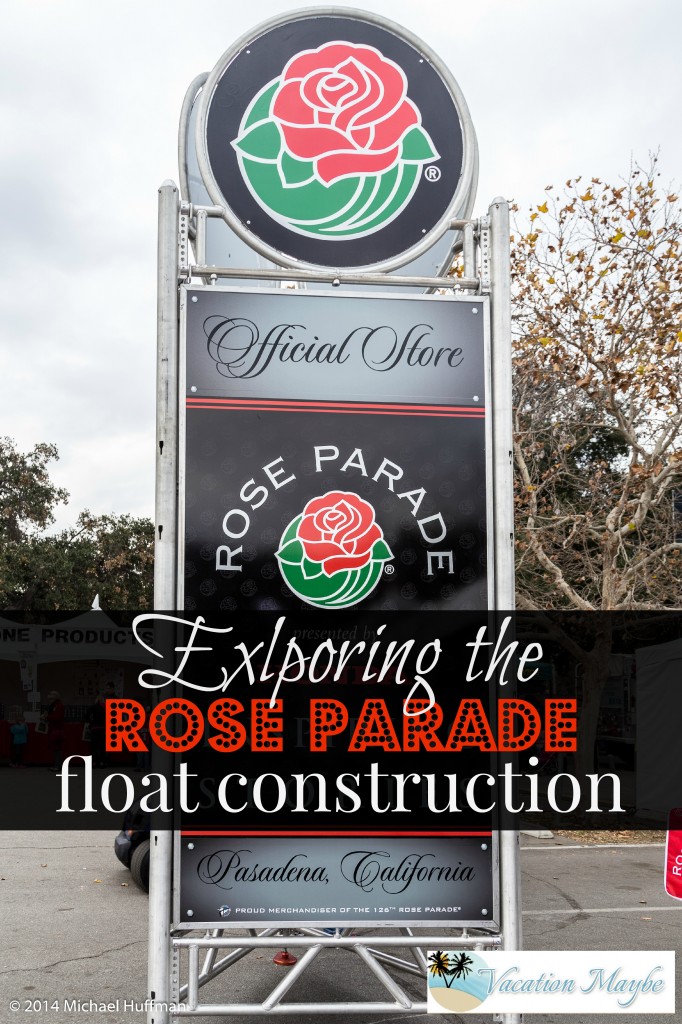 Every year millions of Americans enjoy watching the Rose Parade from their living rooms. The floats are amazing to look at. Everything on the floats is organic product ranging from oatmeal, rice, ground up flowers and every type of flower you can imagine. My husband and I were debating on going to the Rose Parade this year since we live in the Los Angeles area, but with a one year old and one of the coldest California New Years predicted this year we decided to skip the tradition of camping out on the streets and decided to check out some of the floats being built in the days leading up to New Years. 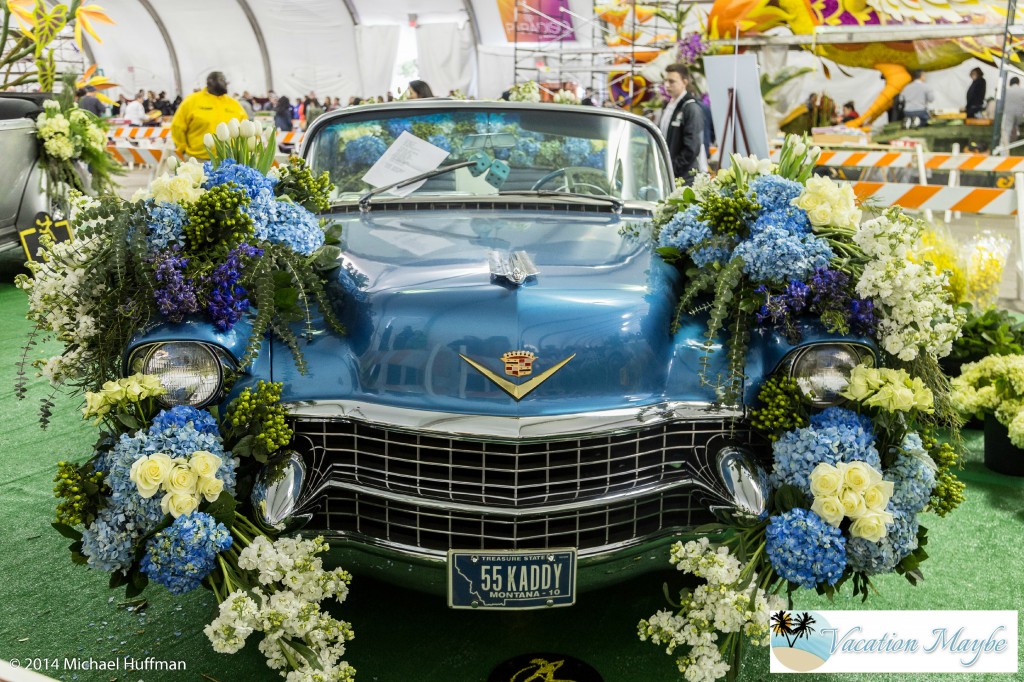 There are a number of spots to check out the floats. We choose to go to the Rose Bowl Stadium, there are two tents for viewing within walking distance, free parking and a number of vendors selling Rose Parade souvenirs, yummy treats a more. We entered the tent where the floats were being built and first saw the opening floats followed by cars that would be driven during the parade. The cars were decked out with flower arrangement and they smelled amazing. The smell was a beautiful aroma that made the sight even more dramatic. Each car had a placard telling who would be riding in it and who donated it. The first actual float we saw was the Cal Poly float. They were busy decorating, with scaffolding surrounding the huge float and people running this way and that. One of the people I talked to told us the float process takes the entire year beginning with design in January, construction beginning in May and they had started actually decorating the Friday before New Years. There were two other floats located inside the tent. They were beautiful and amazing. The detail that goes into creating these floats is amazing. 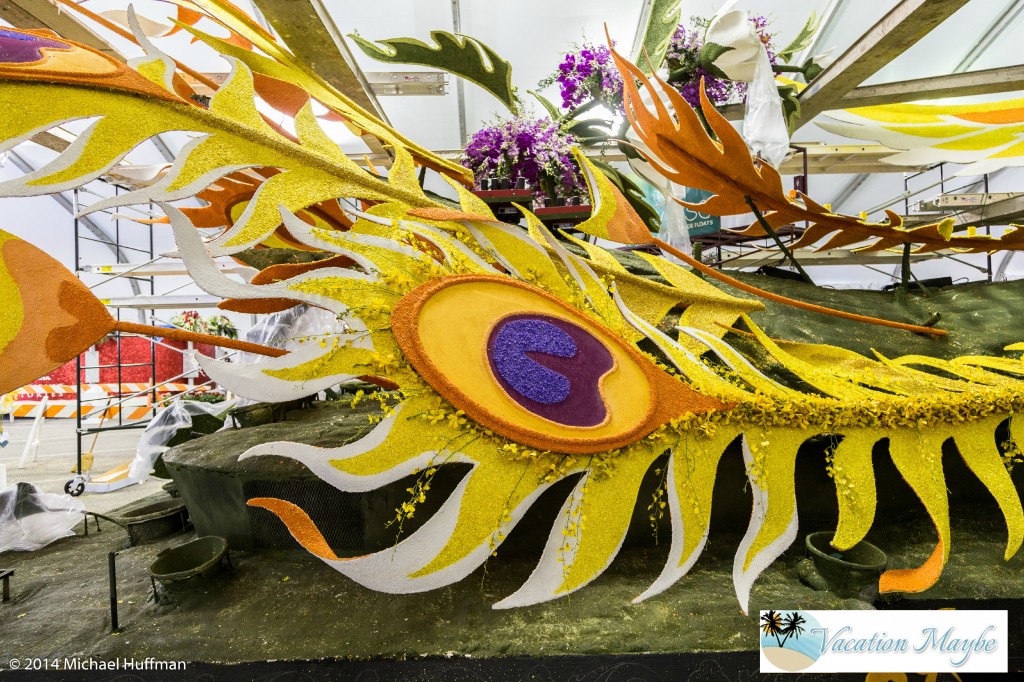