Science comes to life at the Cranbrook Science Center 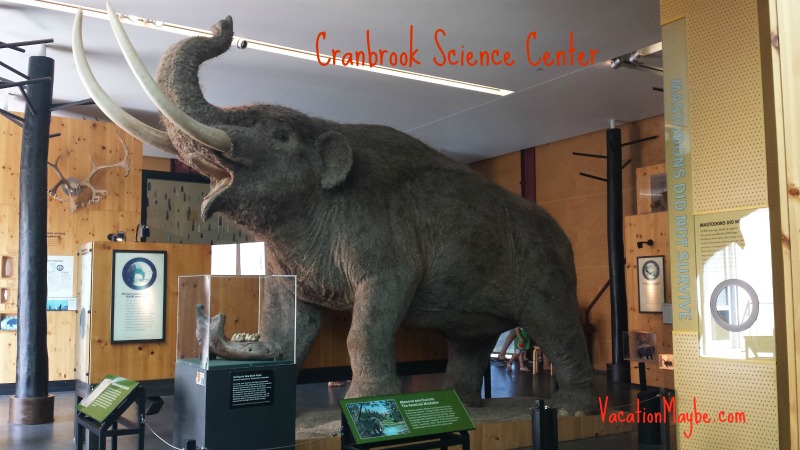 Located in the suburbs of Detroit, the Cranbrook Science Center is Michigan’s Museum of Natural History. The museum is very family friendly and has numerous hands on activities to keep children entertained.

My husband and daughter had never been to the Cranbrook Science Center (aka Cranbrook Institute of Science), so we embarked on a fun “Staycation” trip. They are a participating center of the ASTC , so I was able to use my Michigan Science Center membership and get in for free. If you are not familiar the ASTC is a group of 300 science and technology centers that offer free or reduced membership to card holders of a member center.  This is a great way to explore new places for free and there are participating locations in every state. 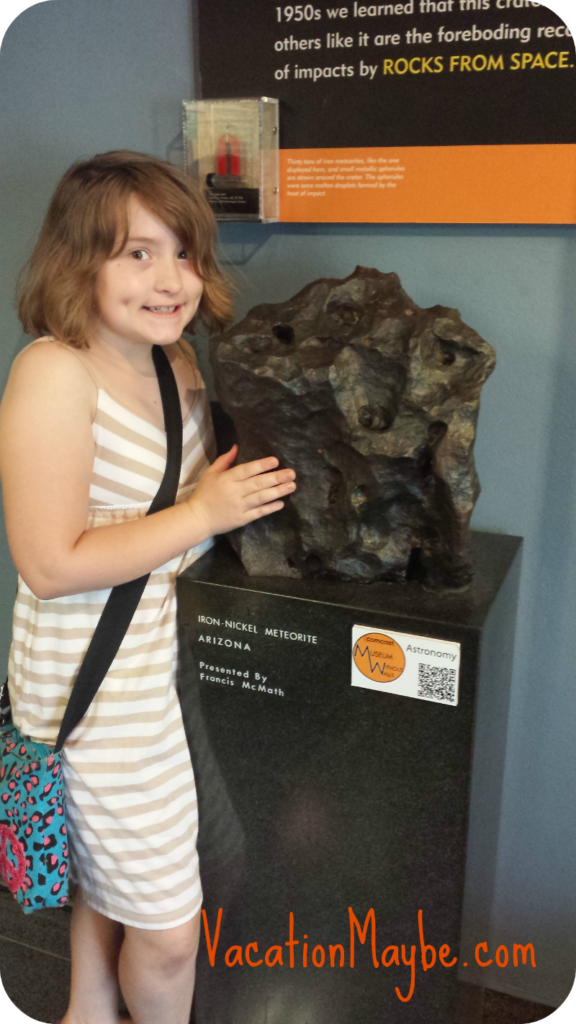 The Cranbrook Science Center is set up in a circular pattern so you end up exiting back at the entrance. This makes it easier when traveling thru because you are not back tracking when it is time to go home. You start off in the Mineral Study Gallery which is full of glittery and not so glittery minerals. They come from all over the world and you can even get hands on with some of the samples. It is interesting to see them in their raw state because so many times we only see the finished product. 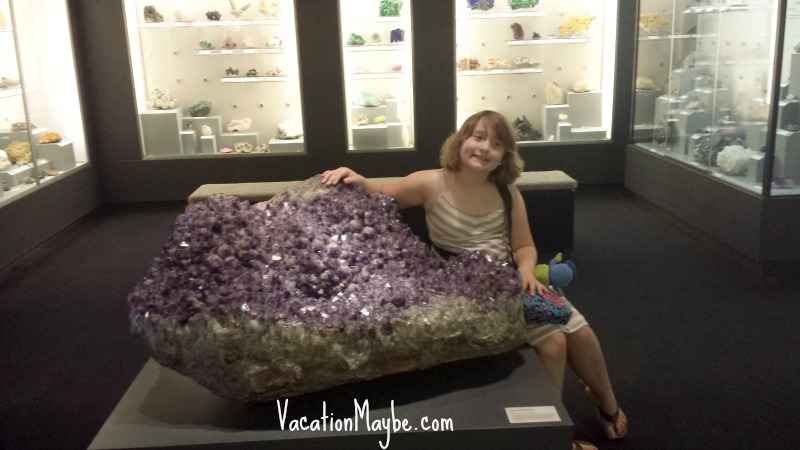 The motion gallery had us hands on learning how things work and we even learned about how energy changes. In the Water Passage, we expirmented with ground temperatures, moisture concentration and air temperatures. It was fun changing the weather and experiencing all 4 seasons in a few minutes (we are in Michigan so it only makes sense.) 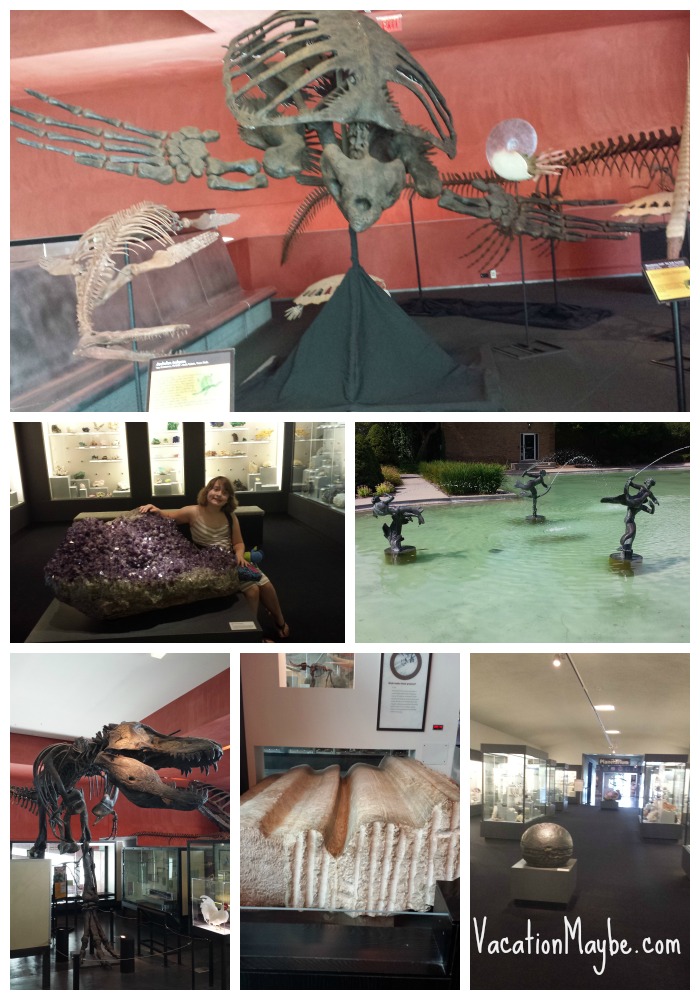 It was interesting to study the Ice Age and the huge Mastadon certainly took the room as we walked in. They currently have a  Traveling Exhibit featuring Dinosaurs-The Lost World.  These larger than life models were intriguing to study and there was a hands on children’s area where they could dress up and even look thru a dinosaurs eyes and see things the way they would have seen them.  All senses are utilized as you listen to dinosaur sounds and smell dinosaur smells. While there children can go on a “Faux” excavation of dinosaur bones.

Cranbrook Science Center is also home to the Bat Zone. 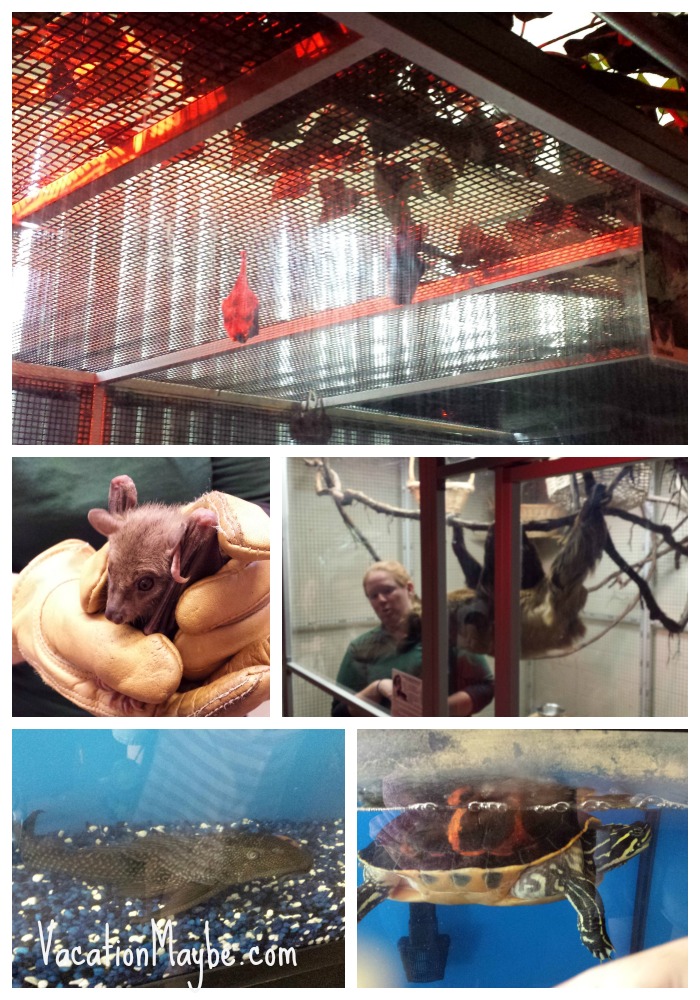 The Bat Zone is run by the Organization for Bat Conservation and houses over 150 bats and other nocturnal animals. This did cost extra but it was worth it for an up close look at these creatures that so many fear. None of the animals have been taken from the wild and they are all rescues, abandoned or were injured and once healed could not be released back.

They have even taken on other non-noctural animals including a turtle, pleco (or a sucky fish as my daughter calls them) and bearded dragons. During the tour they debunk the myths that we associate with bats and explain the positive aspects of their existence.

Take home a souvenir from the Science Shop and grab a delicious lunch from the Reflections Cafe while you are there.