For many, many years – up until last year, in fact – Michigan did not have its own Cheesecake Factory. Because of this, whenever I went on vacations, I always made sure to stop at a location; I went to Chicago’s in 2011, Providence and Atlanta’s in 2012, and Atlanta (Buckhead) again in 2013. Now that we have a location of our very own, however, we make sure to go there on special occasions, and we stopped by a few weekends ago for my dad’s birthday. 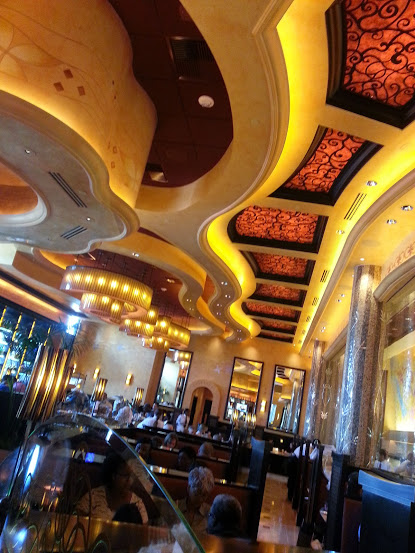 I had been to this location two or three times previously – once with my parents, to try it out, and a few times with friends. I always get the same dish – my favorite, the Pasta da Vinci – which has chicken, penne, and onions (I get mine without) in a wine sauce. 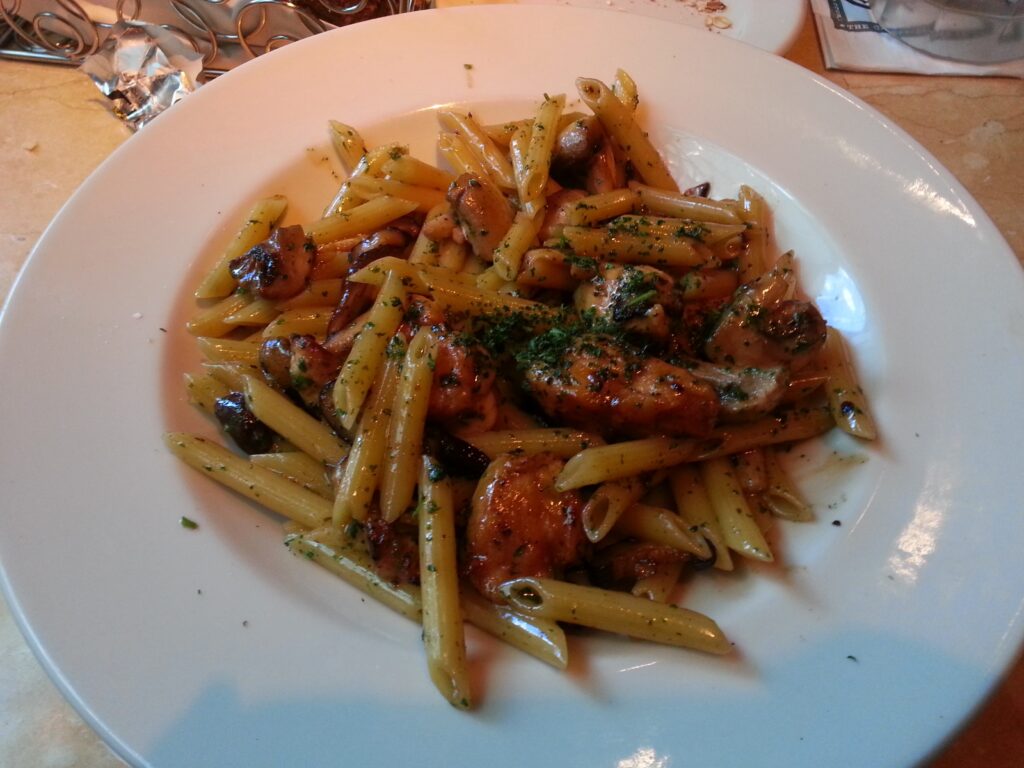 My mom actually wanted to order the same thing as me, but I made her order something different, so she tried the fettucini with chicken and sun-dried tomatoes. I love sun-dried tomatoes, but I will say I enjoyed my dish more than I liked hers. 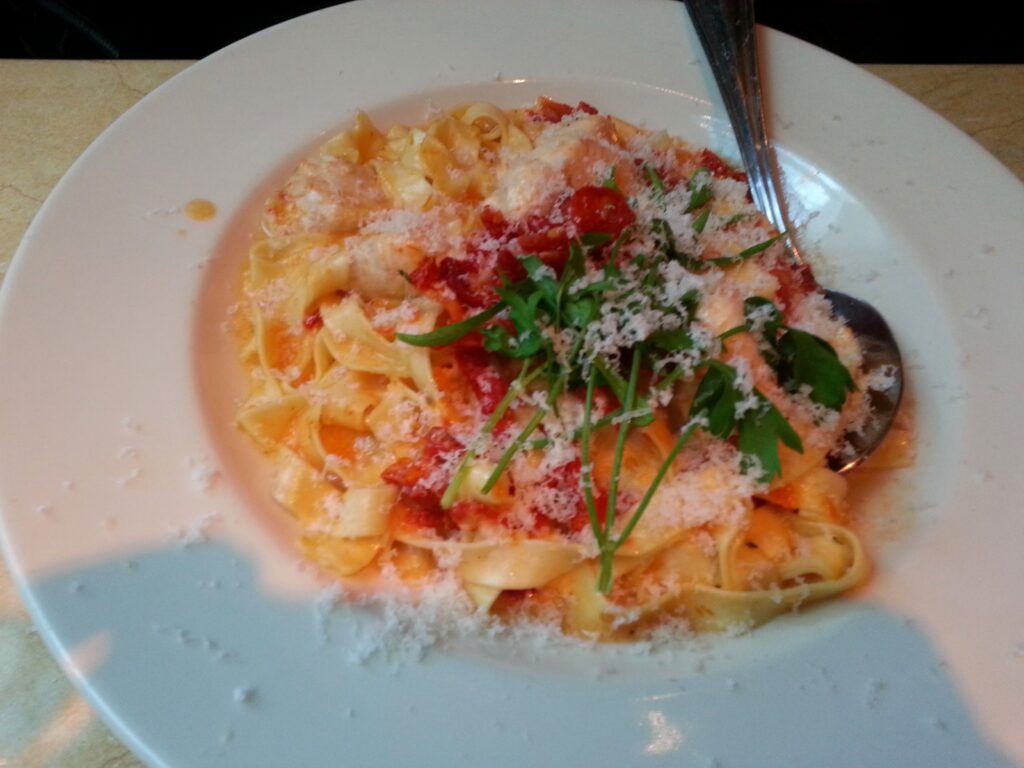 My dad always orders the Factory Meatloaf, and enjoys that as well. The Cheesecake Factory’s menu is very diverse – it has pages upon pages of entrees, not including their Skinnylicious (lower calorie meals) menu, too – but we usually have our favorites that we tend to order.

Then, comes the difficult part: ordering a slice of cheesecake. 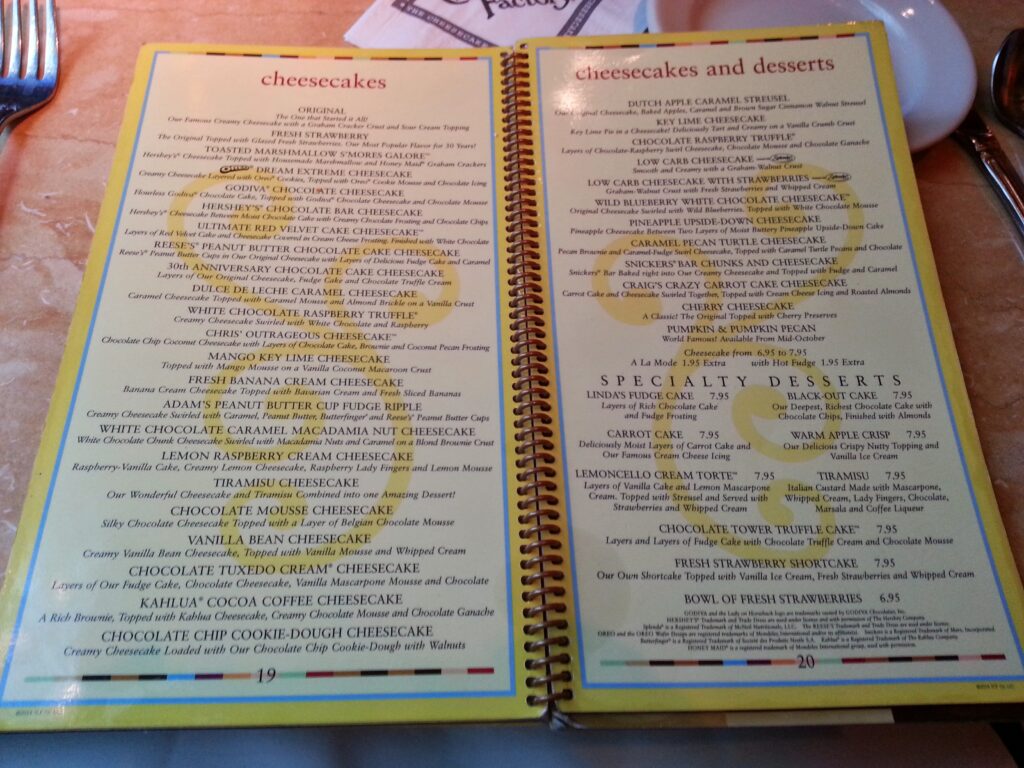 As you can see here, their cheesecake menu spans about a page and a half, and if for some reason you don’t like cheesecake (and if so, why are at you at The Cheesecake Factory, then?!), there’s other specialty desserts to choose from as well. At the Chicago location once, a friend proceeded to order two desserts: the limoncello cream torte and one of the cake slices – and he said both were good.

My favorite is the Adam’s Peanut Butter Cup Fudge Ripple, but the birthday boy got to choose, and we decided to try the Oreo Dream Extreme Cheesecake, which was also delicious. The restaurant doesn’t do any freebies for birthdays, but they’ll decorate your plate if you tell them the name of whoever’s birthday it is, and they’ll also sing to you if you so choose. 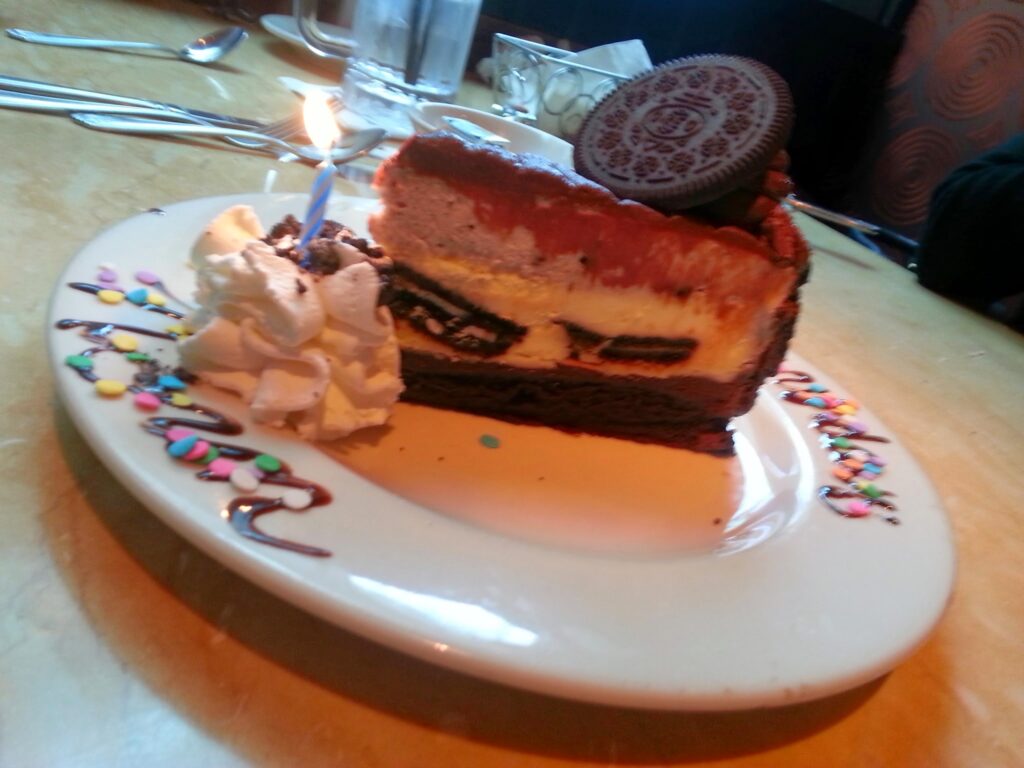 The service is usually excellent at the Cheesecake Factory as well – pretty much across the board, at all of the locations I’ve been to (Providence, Chicago, Atlanta-Buckhead, and now Novi). The Novi location used to have very long wait times when they first opened, but we went on July 4th (granted, a holiday) around 2pm and did not have a wait. I’ve heard there are still 30-60 minute waits during peak times, but compared to last year’s 2-3+ hour waits, that’s reasonable.

The restaurant also does a happy hour, and has a promotion running this month (July 30-31 only) where all slices are half-off. 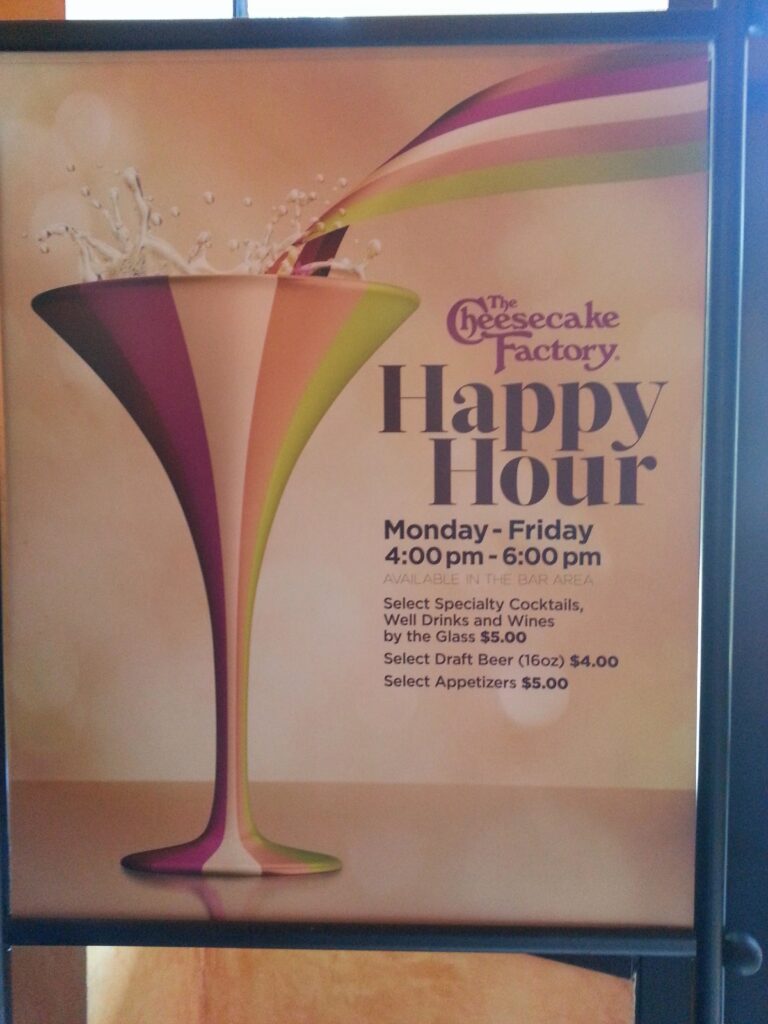 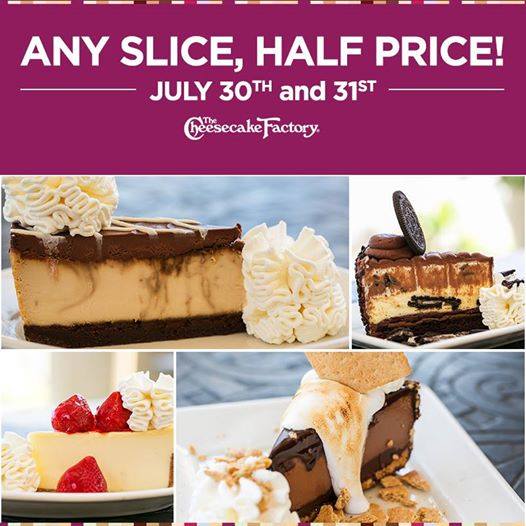 (Fine print: Dine-in only, only one slice per guest, must be present to order slice. Valid in U.S. & Puerto Rico restaurants only.)

I will say that the restaurant can be pretty pricey, but if you go for their lunch menu (till 5pm everyday, which is later than most restaurants do), you can get a generous serving of pasta or an entree for about $11.95-$13.95. Cheesecake slices usually range from $7.95-8.95, but can definitely be split between 2-3 people, since they’re also rather large.

Have you ever been to The Cheesecake Factory? What’s your favorite flavor of cheesecake?

Travel Cheap Deals 12 Ways to Save Money on Gas