I’ve only recently started venturing to Ferndale more, even though I live a short 15-minute highway drive away from the area. It has a lot of fun bars, shops, and restaurants, and Imperial is one I had heard a lot about. A friend was in town from Ann Arbor, and she and I hit up Imperial for Sunday brunch. (all photos are credit Elyssa Eve Photography unless specified) 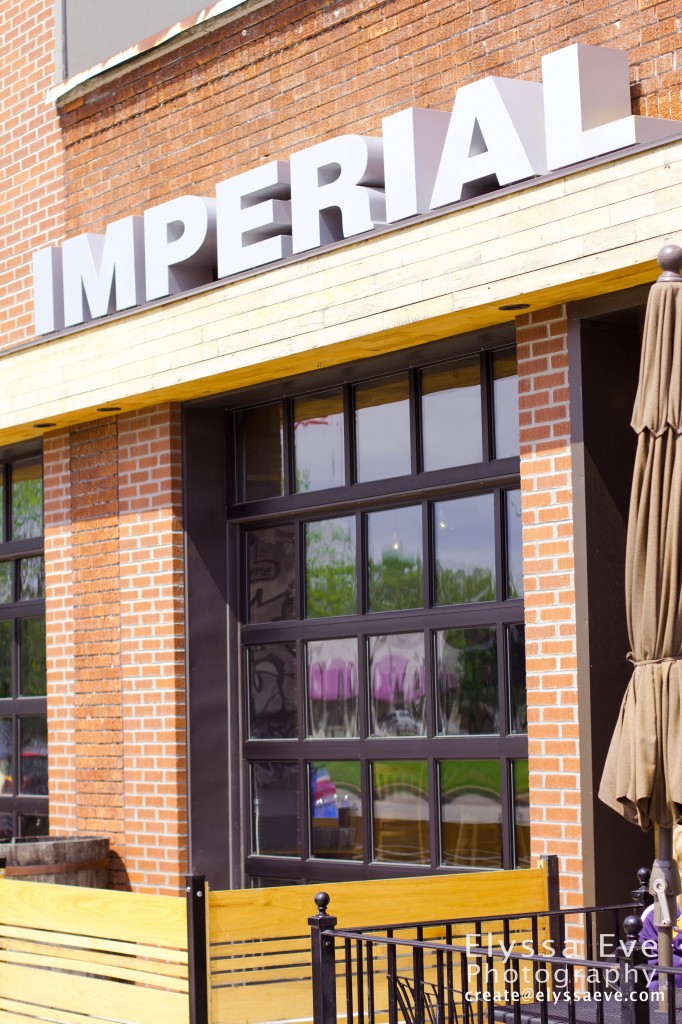 The interior of Imperial is set up so you can choose to sit either at communal picnic-type tables or at the bar. We wanted to sit at one of the tables but they were all full, and there was a wait, but the bar is first-come, first-serve, so we sat there instead.

I’m not usually a fan of eating at the bar area, but it actually worked out quite well: water glasses were refilled often, and service was fast. We also ended up making new friends with the guys sitting next to us, who are in town working on the new Batman vs. Superman movie – pretty cool for me, since I’m also a film blogger.

Their Sunday brunch is a separate menu, from 11 a.m. to 3 p.m., but we mostly ordered off the main menu. Imperial is known for their bacon-wrapped hot dogs, as well as their tacos, and we got a few of each. I’m actually not a bacon fan, but they were able to make my hot dog without bacon. 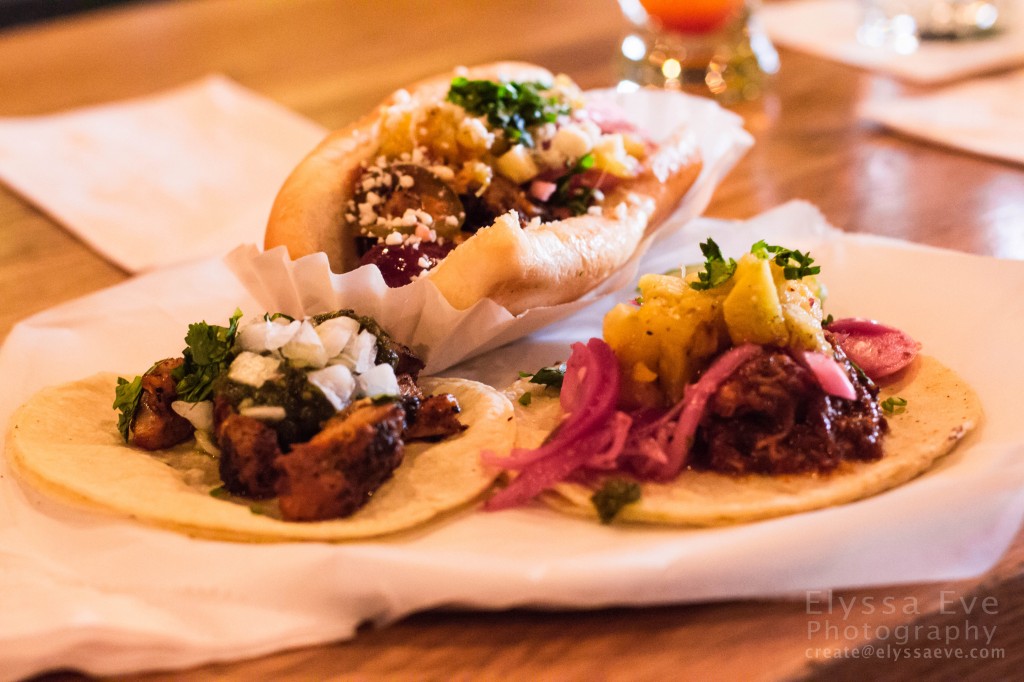 I ordered the Al Pastor taco, one of their more popular ones, which included marinated pork, grilled pineapple, and jalapeno onion relish, as well as the Adobada de Pollo (chili lime grilled chicken and salsa verde) – in the picture above, that is on the left, and the Al Pastor is on the right. Both were good but the Al Pastor was sweet and savory, and definitely my favorite. I also ordered the Bakersfield Sonoran hot dog, minus the bacon, which includes BBQ chicken (yes, on TOP of the hot dog), pineapple, jalapeno onion relish, chipotle aioli, queso fresco, and cilantro.

For a drink, I tried the High Noon, off their brunch menu (tequila and sparkling champagne), and it was okay – it tasted good but I’m not sure if I would order it again, it wasn’t entirely my favorite type of drink. It’s definitely pretty, though! 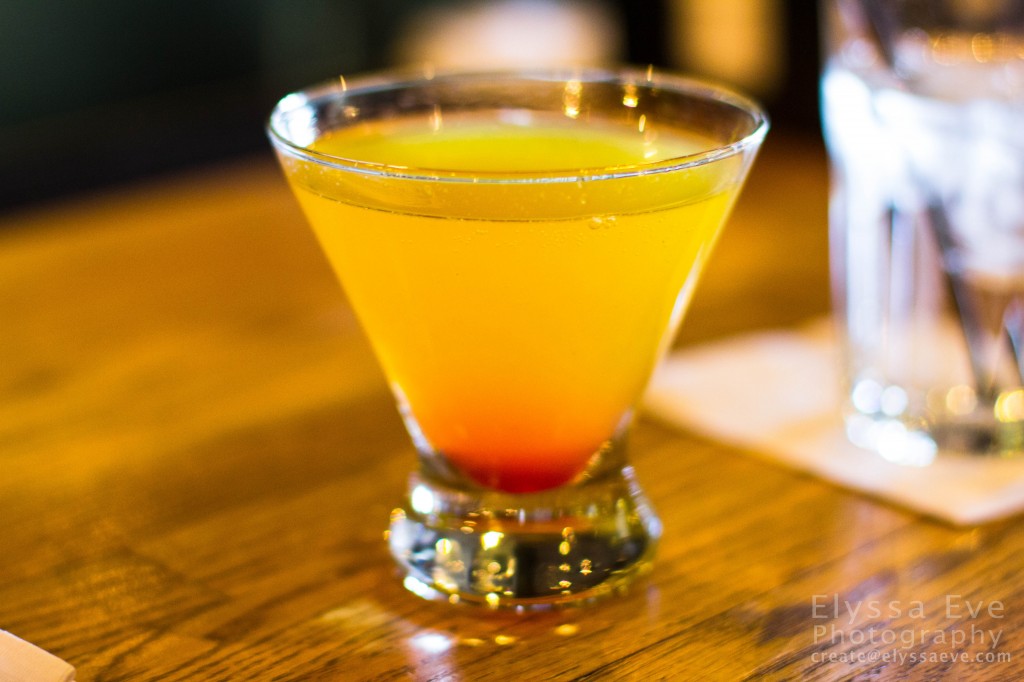 For dessert, we shared churros with dulce de leche chocolate dipping sauce – they were a bit overpriced, but definitely delicious. Imperial also offers raspado, which is Mexican shaved ice with house-made syrups, and you can add tequila, rum, or vodka, as well. 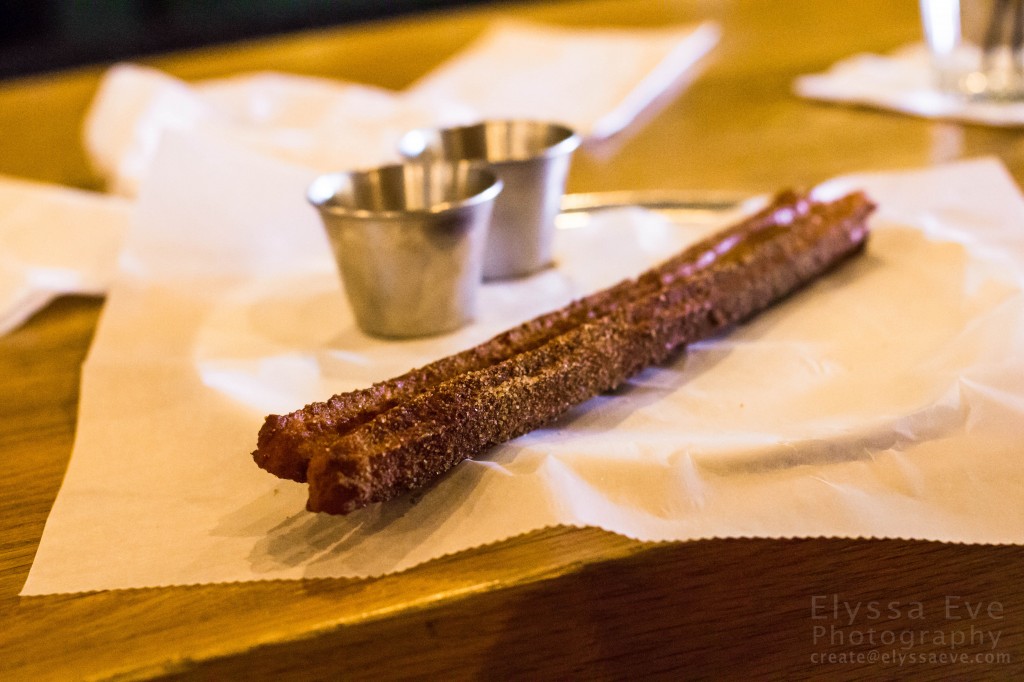 I definitely want to go back to Imperial at some point and try more of their tacos and hot dogs. They also have a late-night menu, from midnight to 2 a.m. on Friday and Saturday nights, and there are some dishes there I’d like to try that aren’t on the main menu, too.

Imperial is located at 22828 Woodward Avenue in Ferndale. Check out their menu here.

Things to do in Albuquerque, New Mexico Detroit Princess Riverboat