Disclosure: We received complimentary tickets to the Hollywood Wax Museum Pigeon Forge to facilitate our review. All opinions are strictly our own and were formed through a personal visit. 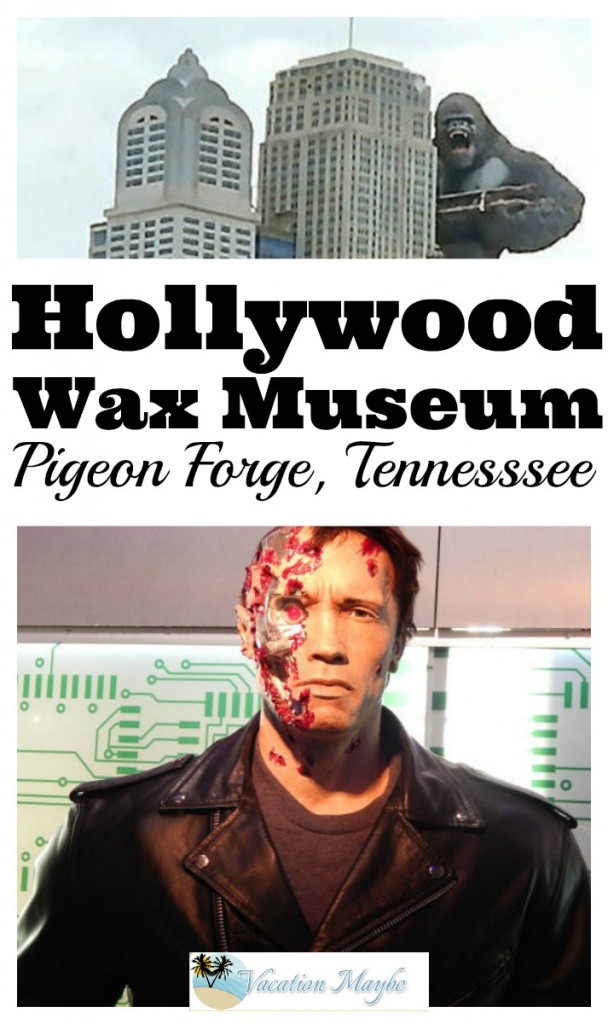 When you first enter you and your group will have your photo taken with a large King Kong. The photographer will take two photos, one with you all smiling and one with you making a scared face. You have the option to purchase one or both at the end of your tour. I loved our scared faces. The Hollywood Wax Museum Pigeon Forge features life sized wax sculptures of some of America’s famous celebrity Hollywood icons. A lot of the figures are actors but there are some musicians and even some fantasy and horror characters in there as well. Most of the wax statues look spot on to their celebrity. There were one or two, like Megan Fox, that I thought didn’t favor them at all but for the most part they all looked incredible.

What do you think? Does this look like Megan Fox? Arnold Schwarzenegger on the other hand, WOW! His face and Terminator makeup was great! About halfway through the tour those with pick 2/3 VIP passes can take the elevator up to the observation deck for photos with that giant King Kong! The kids thought it was hilarious to stand inside King Kong’s armpit and have their photo taken. They made scared faces, grossed out faces and full on smiles. We have more info and a YouTube video showcasing all our photos from the Hollywood Wax Museum Pigeon Forge over on our blog, Cinnamon Hollow.

Other Things TO DO in Pigeon Forge, TN

Related articles across the web