I’m far from what you would call a Vegas newbie. From 2000-2004, my parents took me to Vegas when I was in middle and high school; I returned in 2009 for spring break during my senior year of college, and again in 2013 with my former college roommate.

I am a huge fan of Vegas, even if you aren’t the gambling type. There are a lot of family-friendly shows to see, and Vegas had tried to get the word out that it can be a family-friendly destination, as well.  See all Vegas Activities at Expedia.com: 24/7 fun and excitement

Airfare from the Midwest tends to be around $250 if you book early, but it’s the hotels where you can get a great deal, if you do your homework ahead of time. The Best Flight Deals Found Today at Expedia! 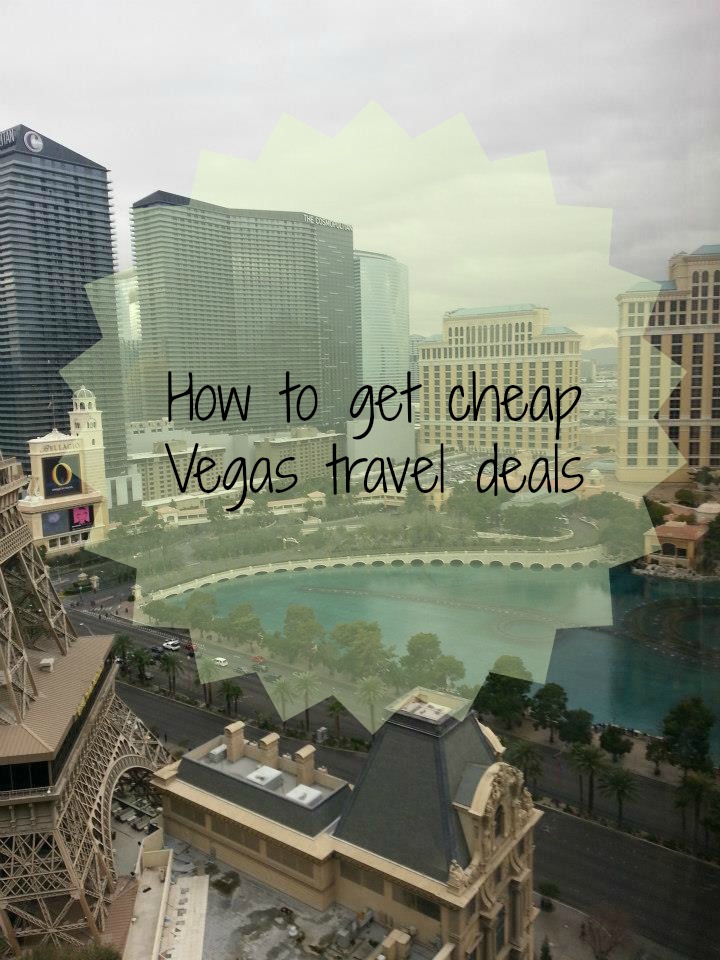 The rules of snagging great deals in Vegas:

2. Sign up for the players clubs – all of the players clubs. Sometimes this is the same as the email clubs, and sometimes it is not. Sometimes you can only sign up in-person in Vegas, too, but there are ways around this: the MGM Grand and its sister hotels, for instance, all use the same players club card, and since there’s an MGM Grand in Detroit, where I live, I would be able to go there and sign up before I went to Vegas, if I chose.

3. Research the hotels ahead of time. My go-to hotel is Bally’s because I can go on their site, input my players club number, and get deals. It also gets me room views like these (see below), because I know to ask for the South Tower and not the renovated North Tower.

4. Trust that the deals on the hotels’ individual sites are better than Orbitz’s, Expedia’s, and the like. The only exception to this I’ve found is with their packages: in 2009, we got a fantastic deal that we booked end of December, for February 2009, where it cost us each about $500 for airfare from Detroit, four nights at the Wynn (which was a fabulous hotel!), with two people in each room. I believe Expedia was running a special on it too, which is why it was such a great deal. It might also work to call the hotel directly to see if they have any specials going on.

5. Check the sites frequently and often. I do this with airfare as well – and a quick tip with airfare, fly out and back on a Tuesday or Wednesday if you can – you’ll get the cheapest prices this way. Even if you fly out on a Tuesday and back on, say, a Sunday, prices will be cheaper than flying out Thursday or Friday and flying back on Sunday.

6. For Vegas shows, there are certain half-price ticket booths around The Strip and surrounding areas – Tix4Tonight, for example, and others. Get there early on the day you want to see a show and research what shows they usually have for sale beforehand. It’s always worth it to check the website of where the show is at, too – I got half-price Beatles’ LOVE tickets in January 2013 through The Mirage’s site, because they were doing a winter sale for the show.

Have fun on your next Vegas vacation!

Photos and article by: Liz Parker