I was provided with complimentary tickets to Hans Herr House in Lancaster PA in exchange sharing this review with our readers.  You can read my full disclosure policy here. 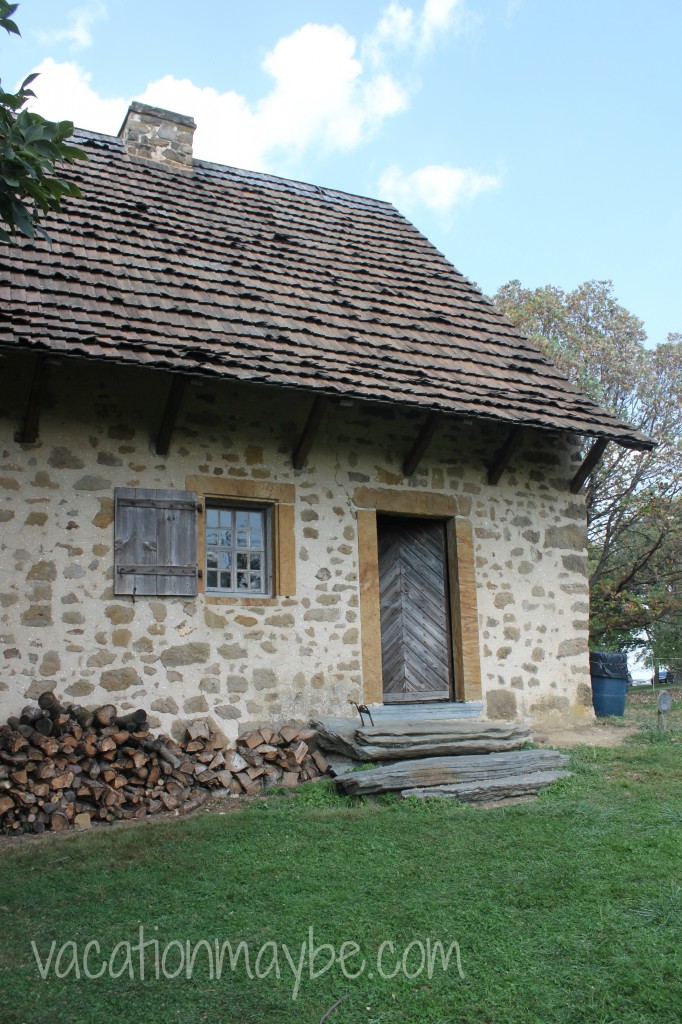 There are so many interesting and fun things for families to explore in Lancaster County, PA. On the list is the Hans Herr House and Museum located in the town of Willow Street. The Hans Herr House is the oldest homestead in Lancaster County built in 1719 by Christian and Anna Herr. We recently visited during their annual Snitz Fest and had such a fun time learning about life in the 1700s. 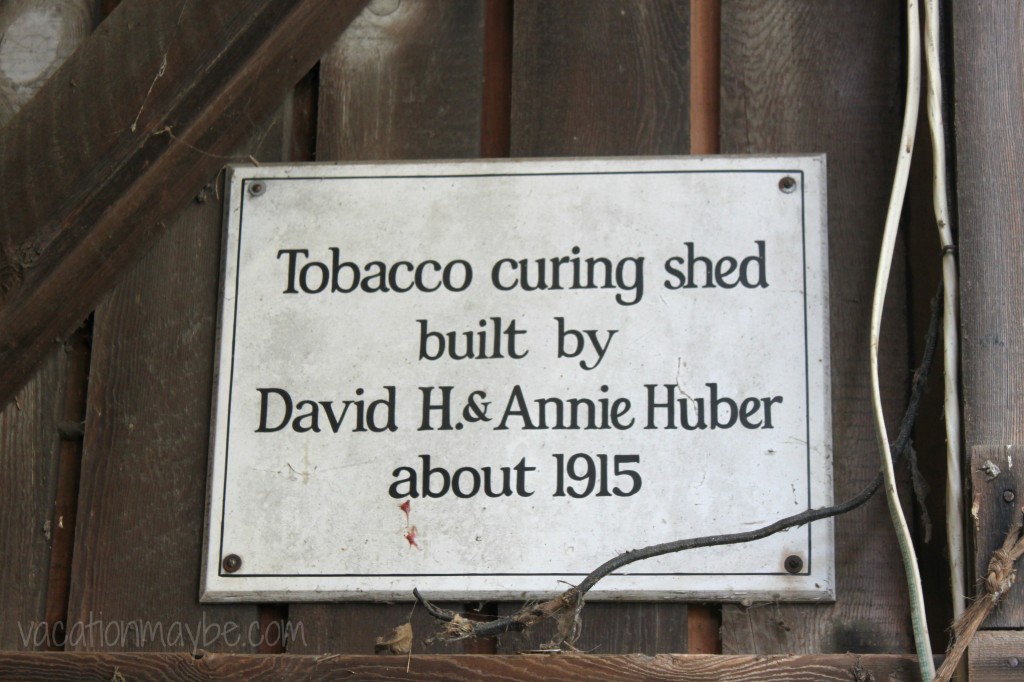 There are some helpful signs here and there to give you some background on different buildings on the grounds.  Across from the House is a huge tobacco curing shed that was full of all kinds of really old tools and farming equipment. 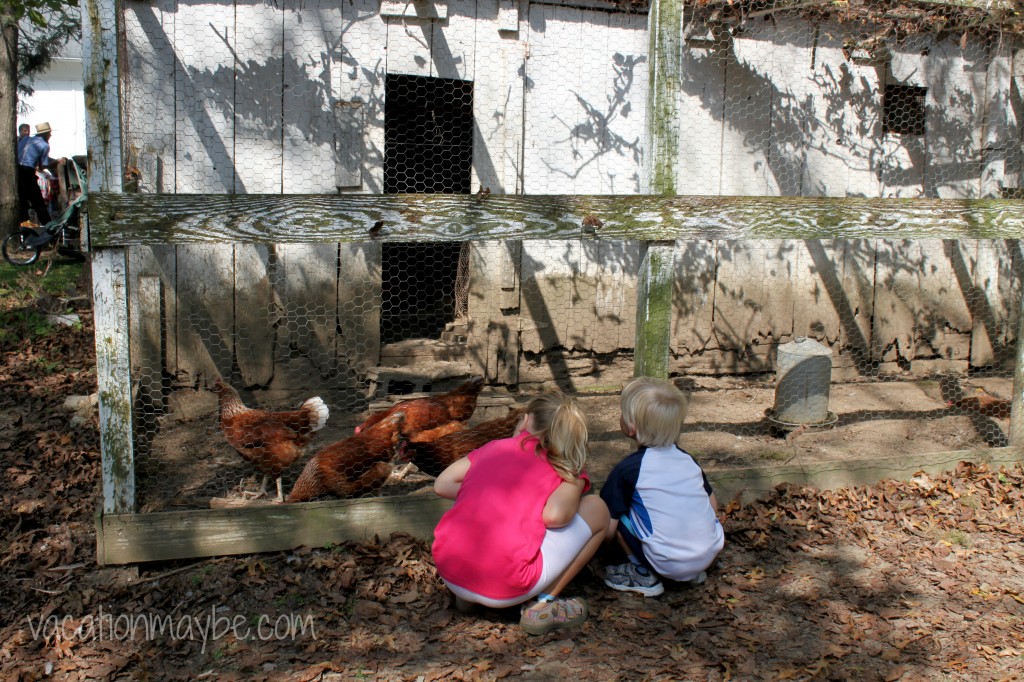 My kids loved the chicken coop! 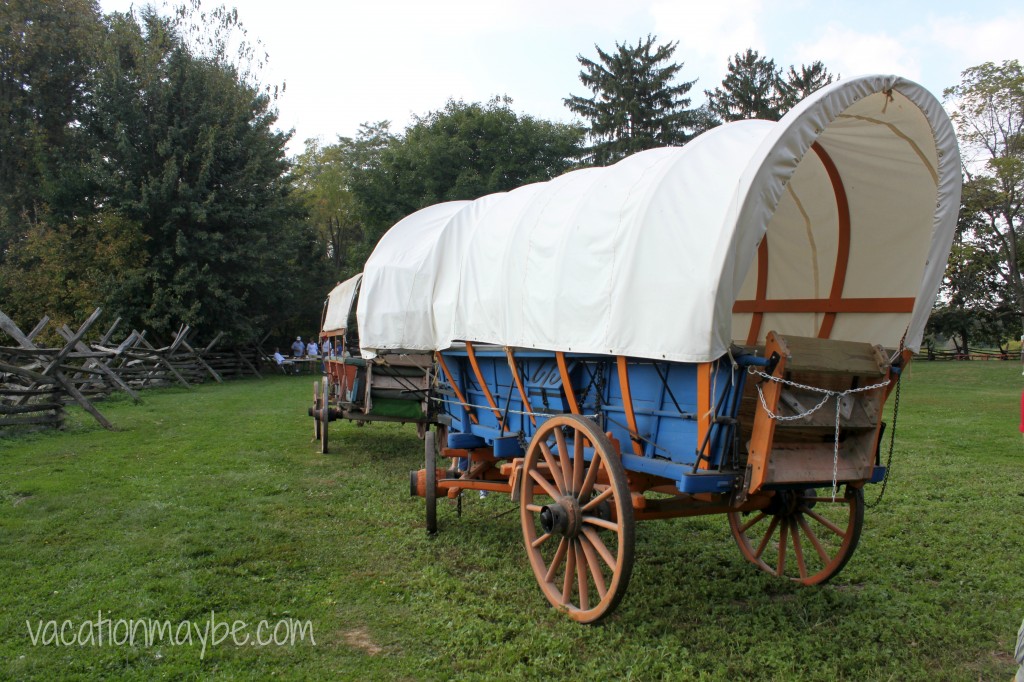 There are a few covered wagons on the property, too. It’s really amazing how well-preserved everything is considering it’s 300 years old.  These wagons reminded me of Little House on the Prairie! 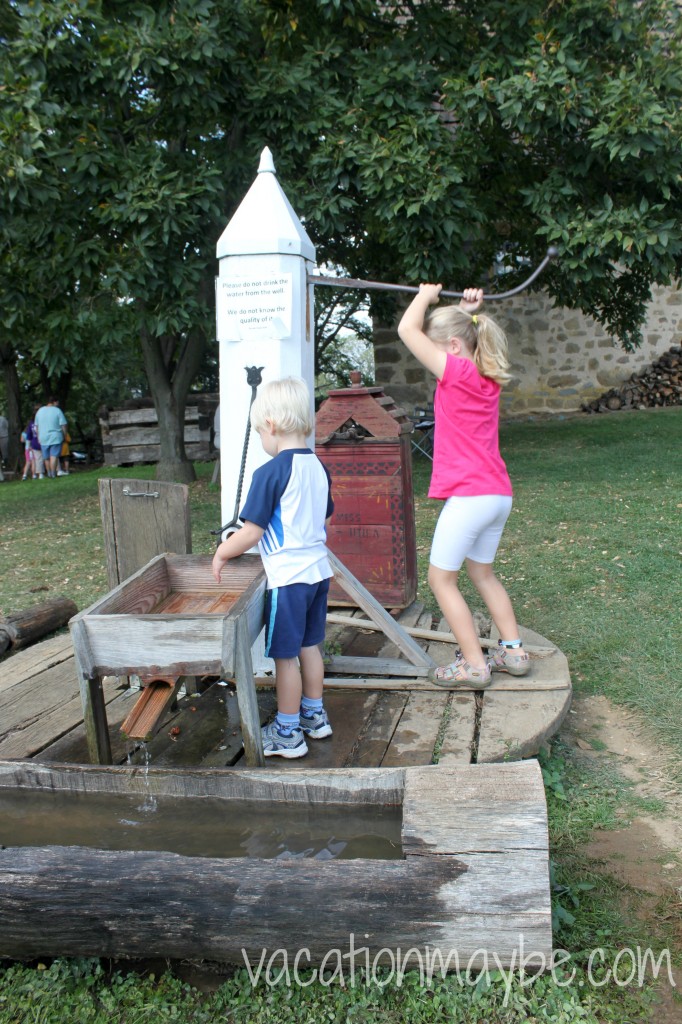 This actual working well was my kids’ favorite exhibit.  They had to work hard to pump the water up from the ground and then it flowed out into the hollow log. It’s quite cold, too, which was nice because the day we went it was unseasonably hot.  You can’t see it in this picture but up on that platform where my kids are standing and on the other side you can look right down into the well and see where the water comes from. This was fun for them because kids love to play in water, but it was also really educational. 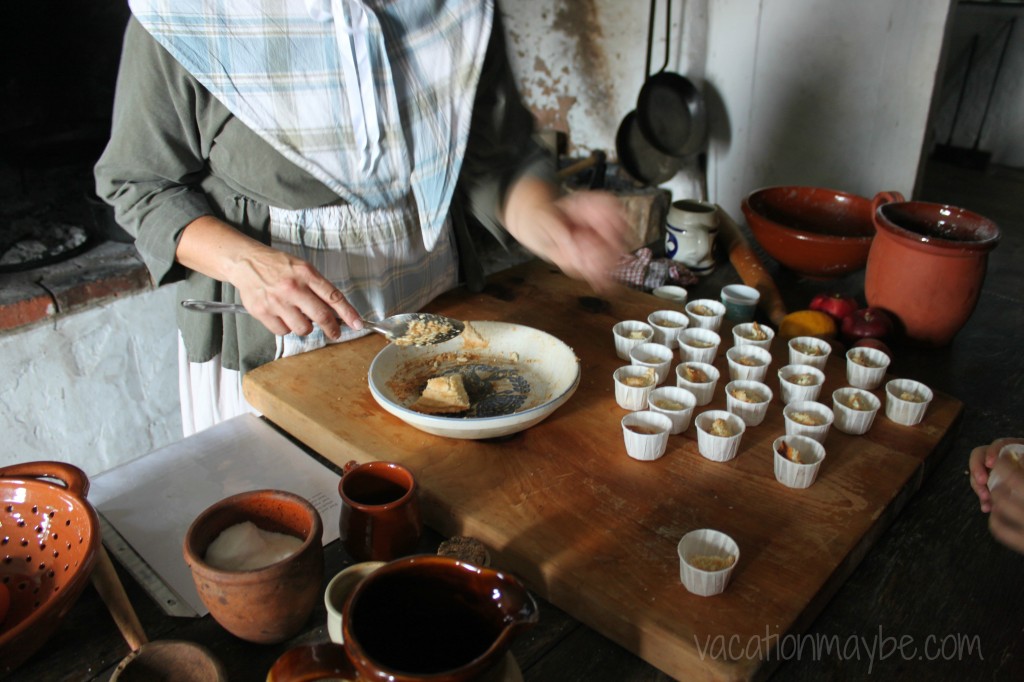 We walked inside the Hans Herr House which they have all set up to appear just as it would in the 1700s.  They had some goodies, very old recipes, that they baked right over the open stove and shared with us. This one was some sort of apple cake.  It was pretty good!  The rest of the house was really interesting with big heavy furniture and other time-period decor. 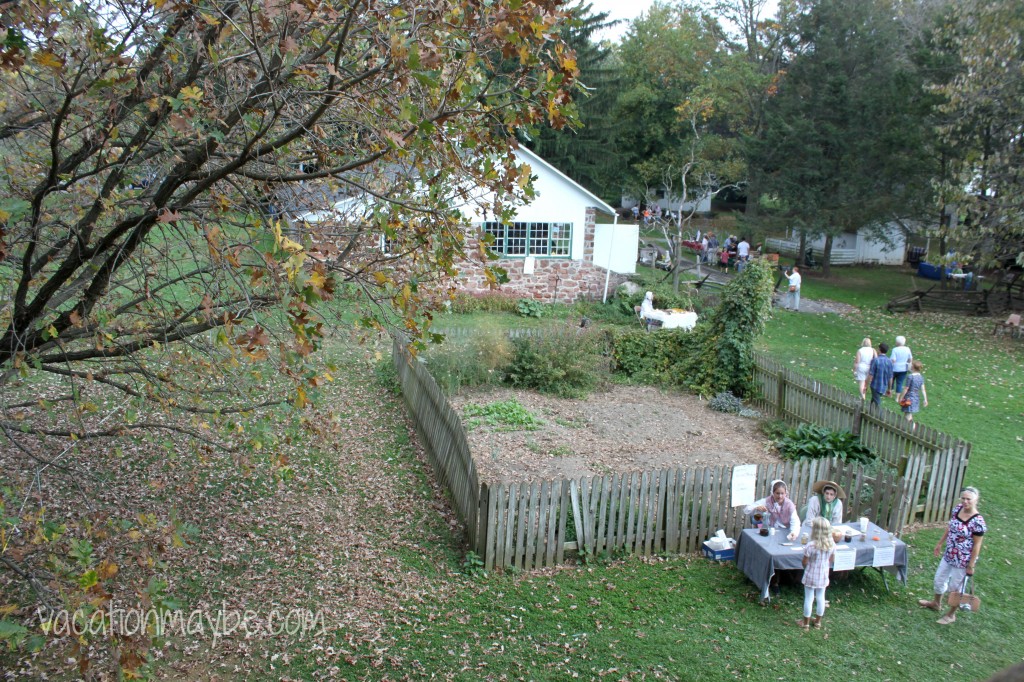 I got this nice shot of the grounds from the bedroom window in the House.  You should see the stairs you have to climb to get to the upper floor! They’re very narrow.  And there are no real bedrooms in this house. There’s  partial wall that looks like it might have separated the adults from the kids and that’s it. 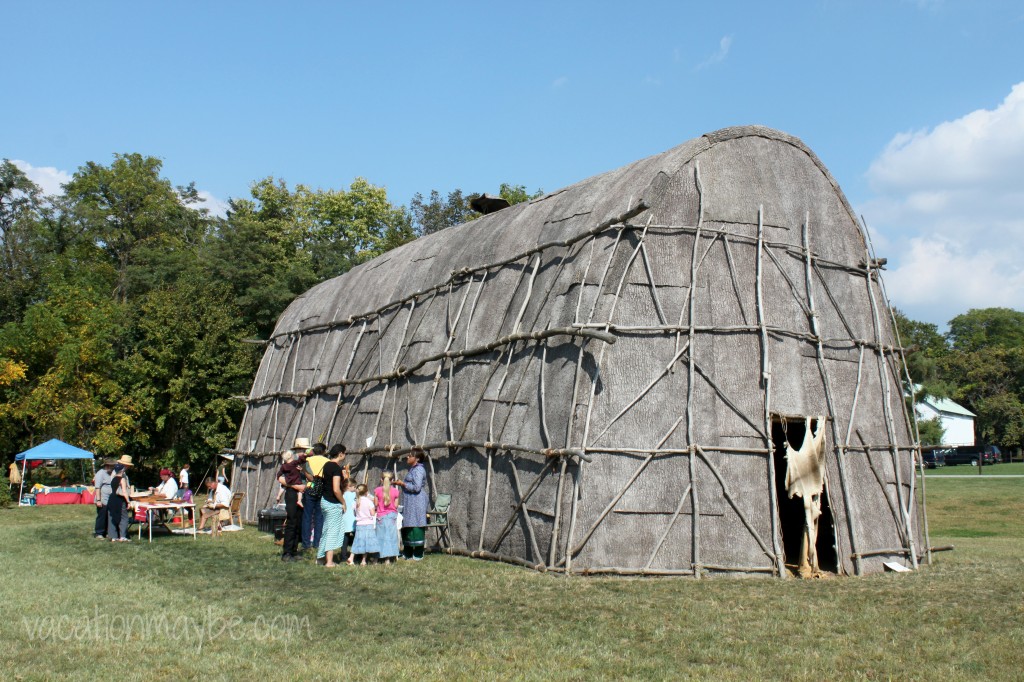 This Native American Longhouse was one of the most interesting parts of our visit.  Pennsylvania actually has a pretty rich history of Native People but you might not know it.  This Longhouse was built to recognize that history and celebrate it.  It’s modeled after the remnants of a longhouse excavated in Lancaster County in 1969 and it’s one of its only kind in the country. 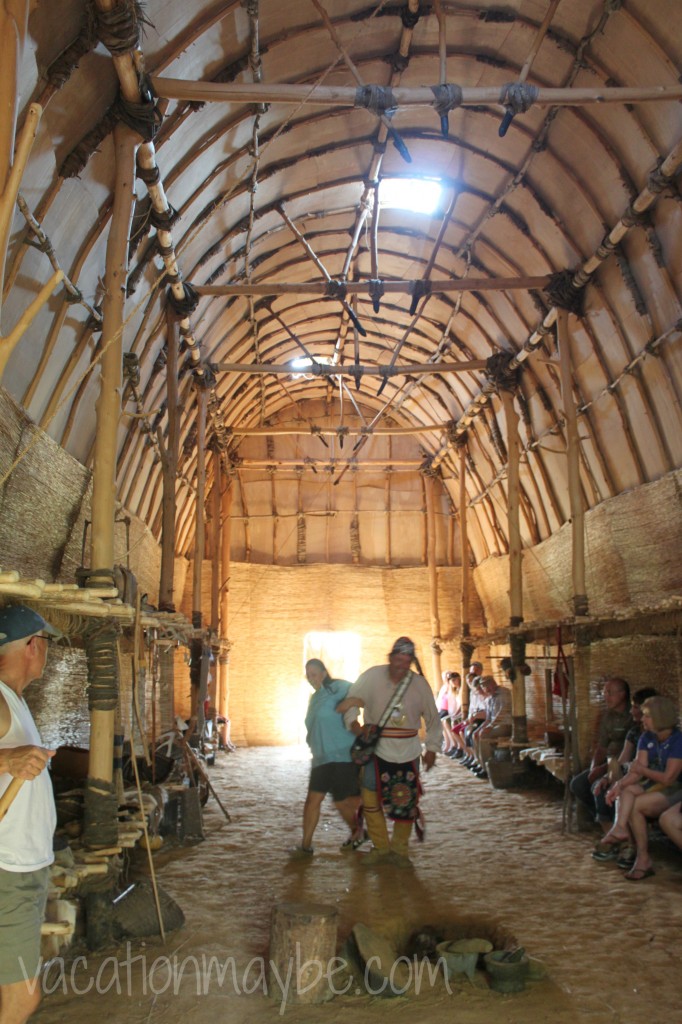 The really neat part was the inside!  We went there during a special event so we got to see some extra cool stuff, like these two Native Americans singing and dancing traditional dances.  That was really interesting to watch and as we watched they told us about the history of their dances. There are benches all along the perimeter of the longhouse and they’re covered in animal coats just as they would have been when people lived in houses like these. As an animal lover it’s sort of and ‘ugh’ moment for me, but it makes it very realistic and gives you the feel of Native American life so many years ago. 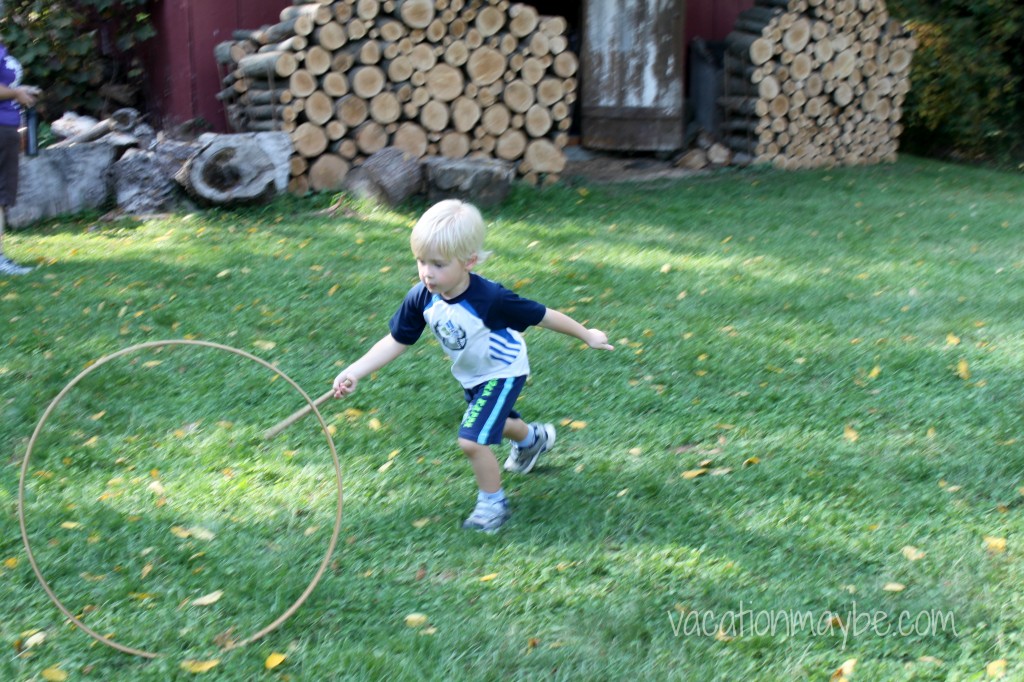 There were several displays set up for kids.  At one my kids got to practice an intricate art of cutting paper and there was another one that showed some old-style writing.  The exhibit with the kids’ games was my son’s favorite.  He was actually pretty skilled at keeping this hoop rolling by hitting it with a stick and chasing after it. You were born in the wrong century, buddy!

Visiting the Hans Herr House was really educational for the entire family.  I’ll be honest: the kids weren’t thrilled when we told them where we were going but once we got there they really had a great time.  I think not only did they enjoy being there but it opened their minds to checking out some other new places they might not normally pick, too.

Check out the Hans Herr House website for their hours and event calendar and be sure to follow on Facebook to stay up to speed with the latest news.